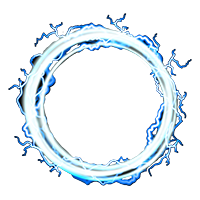 Are you a team leader of warfighters on a ship, in a building, vehicle, or aircraft? Are you aware that your team has historically experienced intermittent issues with systems, unable to properly operate or interface with other defensive or offensive systems? Has your team always worked around these problems? Imagine you have been notified that something is coming over the horizon to intercept you and your warfighters?  All hands are called to their posts and begin activating the various offensive and defensive combat systems. As a leader, you get a call from the team asking to prioritize the activation of systems to circumvent the threat.  You now learn that the way your team has been dealing with these intermittent issues is by deactivating some systems which allow other systems to work.    Based on your decision they caution that the defensive systems, communications systems and/or radar systems may not work properly if all are concurrently operational.  You are forced to decide whether to be blind, defenseless, or unable to report back to command.

This situation occurs repeatedly whether on land, sea, or air with systems that have not been properly protected.  Electronics Service (ES) has been in the forefront of situations just like this supporting the warfighters.  ES has prevented this scenario from playing out by testing and repairing combat systems ensuring that Electromagnetic Interference (EMI) does not occur, for over 30 years.   Furthermore, ES has also protected combat systems from Electromagnetic Pulse (EMP).